Some Thoughts on Psalm 97 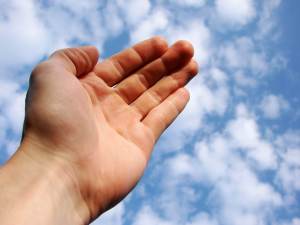 What do we mean when we speak about devotion? For some of us, it suggests a time of prayer and Bible study, in the plural it is sometimes used to mean a corporate time of worship and prayer, for others perhaps something else. But devotion is not about specific times of prayer and Bible study, devotion is about our lives and about getting to know God.  As CH Spurgeon said, “The highest science, the loftiest speculation, the mightiest philosophy, which can ever engage the attention of a child of God, is the name, the nature, the person, the work, the doings, and the existence of the great God whom he calls his Father.”

Getting to know God is the first step in a life of devotion. William Law, in his book, A Serious Call to a Devout and Holy Life from 1728 put it like this, “Devotion is neither private nor public prayer; but prayers, whether private or public, are particular parts or instances of devotion. Devotion signifies a life given, or devoted, to God.”

So a few thoughts on Psalm 97, which may help us in the task of knowing God. This is one of seven psalms which deal with the theme of the kingship of God.

The Lord reigns, let the earth be glad;
let the distant shores rejoice.
Clouds and thick darkness surround him;
righteousness and justice are the foundation of his throne.
Fire goes before him
and consumes his foes on every side.
His lightning lights up the world;
the earth sees and trembles.
The mountains melt like wax before the Lord,
before the Lord of all the earth. (NIV)

This is a powerful description of the might and grandeur of God; of a God who is powerful beyond our imagination. He is hidden in impenetrable clouds and darkness, and irresistible fire goes out in front of him. Lightning is a visible and awesome sign of his immense power and at the sight of it the earth trembles and even the mountains – solid and impregnable though they may appear – simply melt before him.

We are given a picture of God as the warrior king, the one who goes into battle for his people and who destroys his enemies (in this context, the gods of the peoples around). The description is meant to leave us in no doubt that there is no-one–no god–like God.

And so this first section of the psalm concludes with the statement that he is lord, or king, of all the earth. His dominion is not a limited one in any way.

The heavens proclaim his righteousness,
and all peoples see his glory.
All who worship images are put to shame,
those who boast in idols –
worship him, all you gods!
Zion hears and rejoices
and the villages of Judah are glad
because of your judgments, Lord.
For you, Lord, are the Most High over all the earth;
you are exalted far above all gods.

This second section starts once more with the universal nature of God’s dominion, it is the whole earth which is involved in responding to the revelation of God’s power and might. They respond in proclaiming his righteousness. Once we have seen who God is, once we have recognised that the foundation of his throne is righteousness and justice, then the only possible response is proclamation of that righteousness. It is to shout aloud the glory of the Lord.

In the face of his glory and power, idols become worthless and those who worship them without hope. But Zion – the people of God – the people for who this great God is also their God – Zion rejoices.

So, the second response – after proclamation – is joy. Why joy? Because where there is righteousness and justice there is joy, and because God is god of all. So the section ends – as the first did – with the acknowledgement of God’s sovereignty over all creation. The psalmist seems to be saying, if you understand nothing else, at least get this right: The Lord reigns!

Let those who love the Lord hate evil,
for he guards the lives of his faithful ones
and delivers them from the hand of the wicked.
Light shines on the righteous
and joy on the upright in heart.
Rejoice in the Lord, you who are righteous,
and praise his holy name.

So we come to the final section of the psalm. Our first response to recognising God’s power is proclamation; our second is joy. This final section encourages us to the next response; the response we mentioned at the stat, that of devotion. God protects those who are truly devoted to him, his faithful ones and brings them light and joy (again!). This can only lead to one thing: a life of praise, which is perhaps another way of saying a life of devotion. As Paul put it in Romans 12:1, “offer your bodies as a living sacrifice, holy and pleasing to God – this is your true and proper worship”.

One response to “Some Thoughts on Psalm 97”